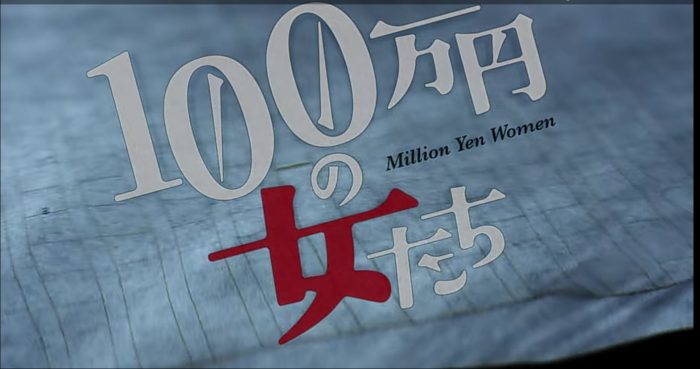 100 million yen women is a Japanese series based on a Manga by Shunju Aono and is currently available on Netflix. This is my first ever Japanese drama and I decided to watch it because of the description given. Looking back, there are still some questions left unanswered and chances for doubt, but I thoroughly enjoyed watching this and the show really got me curious on ‘What Next’. This is a really short series and if you have 6 hours to kill, I say, It’s worth a watch. Still, liking or not liking it would entirely depend on your taste, so no comments on that.

It’s impossible to give a review on this series without giving out spoilers, so decided just to give out a setting of the series and the questions that come with it.

The story revolves around Shin Michima and 5 mysterious women. All of them claim to have received an invitation and comes to stay with the writer in his huge house. However, The invitation was not send out by the house owner Shin. Nothing about the invitation is revealed except 4 rules to be followed while staying together

In addition, every morning the writer receives a threatening message through fax. From the first few minutes of the episodes, we are flooded with a lot of questions and left curious.

It’s hard to tell where the story is heading , each episode and the flow of the story line takes you by surprise. It begins of in a ‘Slice of Life’ narration style and familiarizes us with the protagonist and his current life style. At some points, we are often left the judge of many of the writer’s internal conflicts. So basically, instead of forcing you to believe something, the drama leaves you with the power to decide for yourself the right or wrong.

It also throws light on how external appearances has nothing to do with character, how something not familiar with the society is often thought useless and takes immense amount of work, dedication and somebody who believes in you to finally get the recognition that it deserves.

So winding up, this is not your regular ‘Easy To Figure Out’ drama. It’s calm and loud , warm and cold at the same time. For me, the ending part (last few minutes) was a bit boring, but that was the healing part as well. May be, it is easy to be happy. All we need to do is not to bother about other people’s success, but to be happy with your own, to be satisfied with our own pace.

Note: The chemistry between the 6 is real good :D. Even though the writer doesn’t know anything about their personal lives, the writer feels like the girls could see right through him.